Members of the ECSC who helped plan this workshop said it was a great opportunity for MWC scientists keen to explore the use of CRISPR.

The session covered the basics of the technology as well as advanced applications and new Cas-based technologies and will have enabled our emerging researchers to see new ways in which they can supercharge their endeavours.

The committee decided to hold the workshop in conjunction with Queenstown Research Week (QRW) to make the most of many MWC investigators and experienced speakers being in the same location, and to enable committee members to connect with other early career researchers in the field.

After discussions during the workshop, the committee are planning to establish a CRISPR group/network within the MWC for researchers to seek advice, troubleshoot and share ideas related to the technique. Presentations from the workshop will also be available on our website soon for MWC investigators to access. 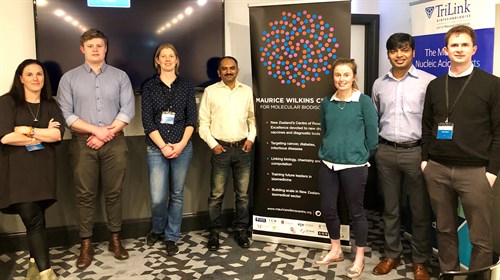 A full list of speakers and their topics are shown below: