A 2014 pilot study funded by the Maurice Wilkins Centre’s Flexible Research Programme has led to a larger investigation into the genetics of drug-resistant tuberculosis (TB) in Indonesia and Myanmar.

In 2014 an estimated 9.6 million people fell ill with tuberculosis worldwide, and 1.5 million of those people were killed by the disease. Compounding the problem are drug-resistant strains of TB which threaten the global control and elimination of the disease. Worldwide, an estimated 3.3 per cent of new TB cases and 20 per cent of previously treated cases are multidrug-resistant. 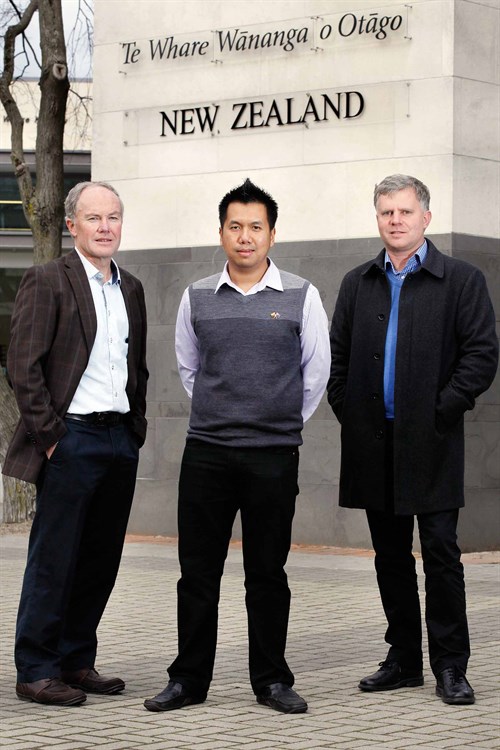 Maurice Wilkins Centre investigators Professor Greg Cook and Dr Htin Lin Aung of the University of Otago’s Department of Microbiology & Immunology are tackling the problem head on. Alongside Professor Phillip Hill from the Centre for International Health, Greg and Htin aim to identify the genetic basis for TB drug resistance in Indonesia and Myanmar. The team has received $450,000 for the study through the e-ASIA Joint Research Programme with New Zealand’s Health Research Council.

“Determining as soon as possible whether a patient has a drug resistant form of TB is vital for effective treatment of their disease,” says Greg.

Greg explains that the traditional method for diagnosing drug-resistant TB is known as phenotypic drug susceptibility testing (DST). The process involves weeks of culturing a TB patient’s pathogen, exposing the culture to drugs and noting how the culture reacts. Greg notes that the lengthy process means there is no way to identify if doctors are treating the patient with the right drugs or not until the drug susceptibility testing is complete.

A 2014 pilot study funded by the Maurice Wilkins Centre’s Flexible Research Programme has led to a new study to clarify the potential of an alternative DST method known as whole genome sequencing (WGS). The study will compare phenotypic DST results with results from identification of known drug-resistant gene mutations by WGS. The research team will then investigate any unexplained discrepancies and identify whether WGS has potential as a replacement or complementary test.

The alternative method has the potential to provide a rapid and routine tool for DST and TB strain identification in Myanmar and Indonesia. Indonesia has an estimated 6,800 cases of drug resistant TB each year while in Myanmar the number is much higher at 9,000 cases annually.

For Affiliate Investigator Htin Lin Aung, the study has a personal element. Htin is a Myanmar post-doctoral research fellow who trained as a Maurice Wilkins Centre supported PhD student at Otago.

Htin says he is very honoured to be involved in this research project that could benefit his home country. “Myanmar and Indonesia are affected by drug-resistant TB and rapid diagnostic tests are required to combat this global threat,” he says.