Making the most of New Zealand’s resources 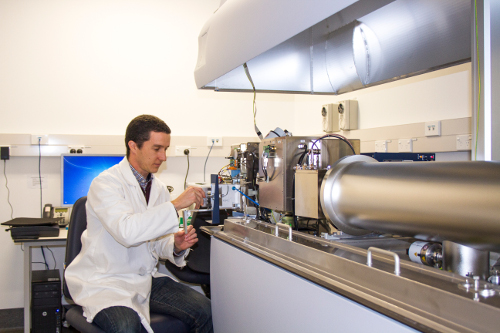 “The ability to access New Zealand’s best research equipment and facilities is crucial to advancing the research capabilities and outcomes of our investigators and collaborators,” says Maurice Wilkins Centre Director Professor Rod Dunbar.

Prior to 2015, the Centre purchased its own research equipment and provided grants to researchers to cover usage charges. In 2015 the Maurice Wilkins Centre introduced a new scheme by establishing a central database of nationwide equipment from all its affiliated research institutions and introducing a new category of funding in its Flexible Research Programme.

The new programme enables all Maurice Wilkins Centre researchers to apply for assistance to cover usage charges, travel and accommodation to use any of the approved facilities and equipment on the Centre’s online nationwide database. Priority is given to collaborative projects that advance the themes and sub-themes of the Centre’s research programme and projects that are likely to seed more studies.

“The new scheme is making the most of New Zealand’s research resources by facilitating access to a much wider range of research equipment and expertise than is ordinarily available to investigators within their host departments,” explains Rod.

Since its launch in September 2015, the Maurice Wilkins Centre’s online database has accrued 75 listings of equipment, facilities and services from affiliated sites around New Zealand. A recent addition that is already contributing to the Centre’s research is a new Imaging Mass Spectrometer from the University of Auckland’s Biomedical Imaging Research Unit.

Associate Investigator Dr Gus Grey is in charge of the facility: “MALDI imaging mass spectrometry allows us to build a two-dimensional ion intensity map, known as a MALDI image, that shows the distribution and relative quantity of biomolecules such as proteins, peptides, lipids or metabolites,” explains Gus. “It’s a very powerful technique that has the potential to contribute to a number of Maurice Wilkins Centre research projects.”

“The MALDI imaging mass spectrometer is an excellent example of a newly available research facility that is advancing New Zealand science by providing our researchers with access to some of the latest technology,” says Rod. “Improving access to such facilities, as well as improving researchers’ vision of the high technology assets across New Zealand, is a very important role for a national Centre of Research Excellence like the Maurice Wilkins Centre.”