The 2010 Superbugs Symposium convened by the Maurice Wilkins Centre brought together more than 350 medical professionals and scientists fighting infectious disease.

“As the national Centre of Research Excellence focusing on human disease, we have an important role to play connecting medical professionals who face challenging clinical problems with scientists who can study those problems in depth,” says Director Professor Rod Dunbar. 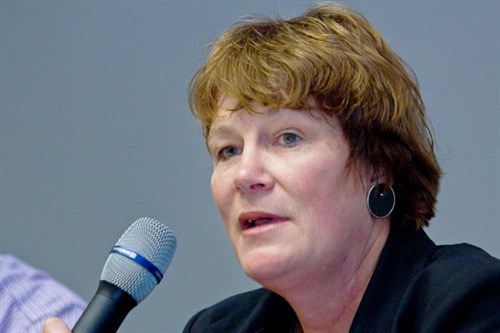 “Until fairly recently, the conventional wisdom was that infectious diseases were disappearing,” said University of Otago epidemiologist Associate Professor Michael Baker, who presented new findings at the event.

“In fact our research shows that over the last 20 years the burden of infectious disease in New Zealand has increased significantly. Infectious disease as a cause of hospitalisations rose from 18 to 26 per cent in the period 1989 to 2008, which translates to 20,000 extra hospital admissions each year.”

Dr Sally Roberts, Clinical Head of Microbiology, Labplus at Auckland District Health Board, said that one of the greatest challenges facing clinicians is the rise of anti-microbial resistant organisms like ESBLs* which are becoming a problem in hospitals and the community. Diseases caused by Streptococcus pyogenes, such as rheumatic fever, were also major clinical concerns.

“It’s valuable for clinicians to meet with scientists doing the basic research that can help us to answer some of these questions and to allow future collaboration between the medical and scientific community. We don’t often meet to discuss problems in this manner and this day has been fantastic for that,” she said.

A panel discussion at the conclusion of the symposium highlighted the importance of basic preventive measures such as fastidious hospital hygiene and rapid and aggressive responses when outbreaks occur.

But the panel advised that high-technology approaches are also needed, to develop new diagnostic techniques, vaccines, and antibiotics capable of dealing with organisms that escape infection control.

“The science presented on the day, including new antimicrobial drugs entering clinical trials, clearly demonstrated that New Zealand has the scientific capability to attack many of the problems and threats highlighted by the clinical community, a process the Maurice Wilkins Centre will continue to foster” says Rod.

The symposium followed a similar Maurice Wilkins Centre event in 2009 focusing on the links between science and business.

“We aim to build a comprehensive national network extending from the medical profession through to commercial partners who can apply and add value to our scientific discoveries,” says Rod.