Since 2011, MWC’s international training programme has given young New Zealand researchers access to facilities across the world. Young scientists benefit from exposure to the latest technological advances, and we benefit when they bring those experiences back. 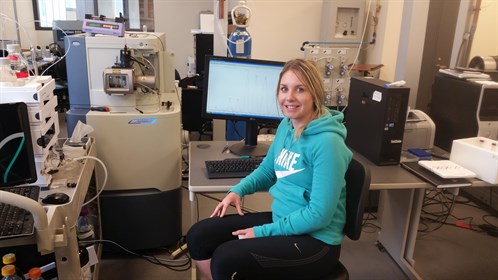 Through MWC, young research scientists are able to expand on their specific projects while being mentored by international specialists. Not only are they able to work alongside these renowned experts in their field, they have the latest technology and top facilities at their fingertips.

One of four scientists to travel overseas under the programme in 2014, Dr Harriet Watkins of the University of Auckland spent a month at Rockefeller University in New York working under the guidance of Professor Thomas Sakmar.

“I learnt the cutting edge photo-crosslinking technique and how to test for a positive result using an adapted form of immunoblotting,” Harriet says.

“This technique searches for interactions between proteins, in our case a receptor and its ligand, and was not carried out in New Zealand previously,” she says.

Harriet was able to establish the technique upon her return, which meant she could begin generating publishable results almost immediately.

The benefits of Harriet’s trip are not solely confined to academic progress though. Harriet says the connection she has established with Professor Sakmar’s lab will keep her aware of cutting edge developments and allow her to bring the research home.

“I formed close contacts which will be invaluable for the future development of ongoing collaborations through the course of my career,” she says.

PhD student Katherine Donovan of the University of Canterbury who also travelled overseas under the programme in 2014, agrees. Katherine spent two months with Dr Derek Wilson in the mass spectrometry facility in the chemistry department of Toronto’s York University.

“My visit was invaluable. I was able to learn a very powerful technique for measuring dynamic changes to proteins on a milliseconds to seconds timescale. This technology is currently unavailable in New Zealand,” Katherine says.

“The information gained and the skills learnt will be helpful throughout the remainder of my PhD and for future employment.”

Students who are part of the scheme must engage with MWC networks on their return to New Zealand to share their newly acquired knowledge and demonstrate new skills and techniques.

Harriet and Katherine both spoke of their experiences at MWC’s Future Science Day in November at the University of Auckland, disseminating their new knowledge while at the same time forming new collaborations within the MWC.