Group A Streptococcus (GAS) infection is widespread around the world, but causes particularly serious complications in New Zealand – especially rheumatic fever that damages the heart. Maurice Wilkins Centre scientists have developed exciting new technology that offers hope for a vaccine to prevent GAS infection and its damaging consequences. 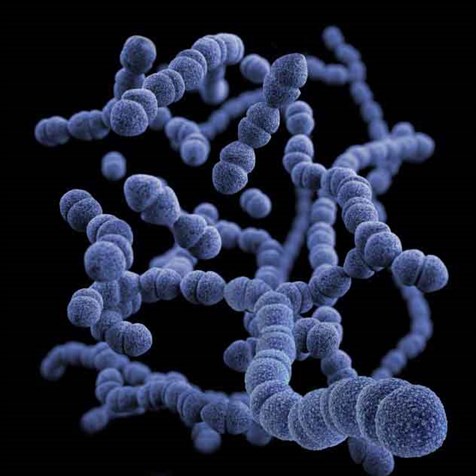 Although GAS infection is common in New Zealand, it is Māori and Pacific children that bear most of its burden. Rheumatic fever that follows some GAS infections is far more common in New Zealand than in most high income countries, and 95% of the children affected are Māori or Pacific islanders.  Prevention programmes focused on treating sore throats with antibiotics in communities at high risk initially appeared to reduce the incidence of rheumatic fever, but rates have been steadily increasing since 2016.

It is now clear that eliminating rheumatic fever will require multiple strategies, including improving early diagnosis and ultimately developing vaccines to prevent GAS infection. The MWC GAS Flagship Programme, led by Associate Professor Thomas Proft and Dr Nikki Moreland from the University of Auckland, is focused on developing vaccines and new diagnostics, as well as improving understanding how GAS causes rheumatic fever.

The development of a multivalent vaccine called TeeVax is being spearheaded by team member Dr Jacelyn Loh, a Senior Research Fellow funded by the MWC and the National Heart Foundation. Data suggests that TeeVax has the potential to be an effective vaccine against most strains of GAS. Mice immunised with the vaccine are significantly better protected against GAS infection compared to non-vaccinated animals and serum from vaccinated animals had bactericidal (killing) activity towards GAS. “Our recent results are very exciting and show that TeeVax works in animals and has a very broad GAS strain coverage,” says Jacelyn. “The positive results from these mouse studies allow us to take TeeVax to the next stage of development, such as a non-human primate model.”

The team has now developed a roadmap that demonstrates the feasibility to move TeeVax into phase II clinical trials within the next 5 years.

TeeVax is well placed to benefit from ongoing Trans-tasman initiatives to accelerate GAS vaccine development such as “CANVAS [Coalition to advance new vaccines against group a streptococcus]”. This programme was initiated following a MWC funded meeting of global GAS vaccine developers in Auckland in 2013 and was co-led by Professor John Fraser, Emeritus Principal Investigator at the Maurice Wilkins Centre.“A vaccine that is effective against all strains of Group A Strep is a terribly difficult nut to crack but they may just have done it,” says John. “The investment in fundamental and very clever science through Thomas Proft, Jacelyn Loh and Nikki Moreland plus the MWC bringing together international experts to make a road map for how to move on this has put this group centre stage of the global rheumatic fever and streptococcal field.”