The MWC continued to strengthen its relationships with Māori communities in 2018. MWC Deputy Director Professor Peter Shepherd and Principal Investigator Professor Tony Merriman, in particular, have led the way in forging these relationships, culminating in the opening of two research centres, on the East Coast and in Northland. 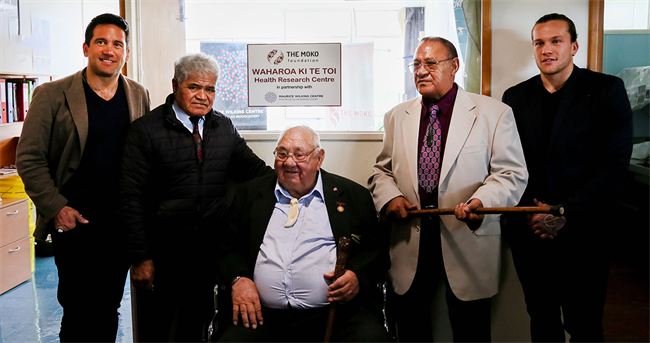 Setting the scene, the MWC and Ngāti Porou Hauora co-organised ‘Tātai Oranga: Joining forces to tackle metabolic conditions’, a landmark conference held on the North Island’s East Coast in April. Attended by a large number of local community and iwi members, it featured presentations by leading scientists and clinicians in the metabolic disease field from around New Zealand and overseas. 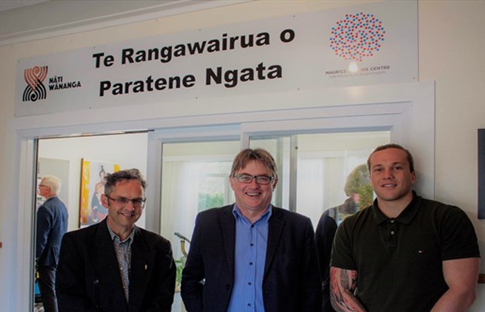 Professor Shepherd said the MWC whole-heartedly shares Dr Pat’s vision. “We want to change the world by working together. To solve these problems, it needs all of our efforts together. We are proud and honoured to be part of this.”

The Centre will initially be involved in studies to assess the links between genetic factors and metabolic disease risk in Māori, and in the MWC’s ‘Sugar in Schools Study’ to measure the ability of New Zealand school children to absorb fructose. It will also develop its own research questions based on health issues of most importance to Ngāti Porou people.

Soon after, the Waharoa ki te Toi Health Research Centre, a partnership between The Moko Foundation and the MWC, officially opened in Kaitaia. Waharoa ki te Toi had already commenced testing of patients as part of the nationwide ‘CREBRF Study’, which is looking at potential links between peoples’ genetics and their risk of developing metabolic diseases such as diabetes and heart disease.

“Delivering precise treatments based on our individual genetic characteristics is going to be a big part of our future,” said Dr Lance O’Sullivan, Founder and Chairman of The Moko Foundation. “This research is an exciting opportunity to further that knowledge and reduce the inequities in healthcare outcomes that are so prevalent in many communities throughout New Zealand.”

Kaumatua Sir Hekenukumai Puhipi is the centre’s patron. Dr Joel Pirini, Clinical Director of the Waharoa kit e Toi, said: “Just like [Papa Hector] used the stars and tides on his journey of cultural discovery, Waharoa ki te Toi will be searching for genetic variants or genetic stars that will allow us to chart a pathway to better health.”