A record year for commercialisation

In 2018, NZ$58M was raised by companies in New Zealand and overseas to take MWC discoveries through to the clinic – a new record in terms of annual investment in new medicines invented in New Zealand

MWC research programmes aim to improve human health, often by discovering new therapies.  Getting new treatments through to patients requires clinical trials – initially to test safety in humans (“phase I”) and then to test their effectiveness against their target disease (“phase II)”, compared to any existing treatments (“phase III”).

Clinical trials are very expensive – and they get more expensive as they progress through their phases. Thus very large investments are needed to allow medicines invented by MWC investigators to progress all the way through to helping patients – and the major sources of these large investments are companies.  Seeing our work through to fruition therefore involves working with biotechnology or pharmaceutical companies, or investment companies that specialise in taking new medicines through clinical trials.  The MWC funds workshops and other training about research commercialisation to ensure our investigators know how to engage with these companies.

Rain Therapeutics raised NZ$23M to support a Phase II clinical trial of the drug tarloxotinib in lung cancer patients.  Remarkably this drug was also invented by Adam and Jeff and their team – under-scoring the productivity and acumen of the team in designing new drugs at the cutting edge of cancer therapy.

And to complete a trifecta of large investments, new start-up company Kea Therapeutics raised NZ$8M from the Medical Research Commercialisation Fund to take a new pain medication to trial.  This drug was invented by a team led by MWC Founding Principal Investigator Professor Bill Denny, who is Director of the Auckland Cancer Society Research Centre, and a 2016 inductee into the Hall of Fame of the American Chemical Society’s Division of Medicinal Chemistry (www.acsmedchem.org/?nd=inductees).

These investments follow others over the last 3 years in several start-up companies founded by MWC investigators, such as SapVax LLC, Avalia Immunotherapeutics, and Upside Biotechnologies.  Together they not only represent a huge vote of commercial confidence in therapeutics invented by MWC investigators – they also ensure pathways from our discoveries to patient benefit are open and active – and that MWC’s research retains direct relevance to improving patient health. 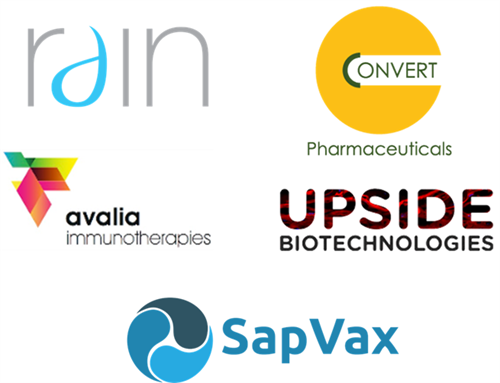