A bountiful career of exceptional science 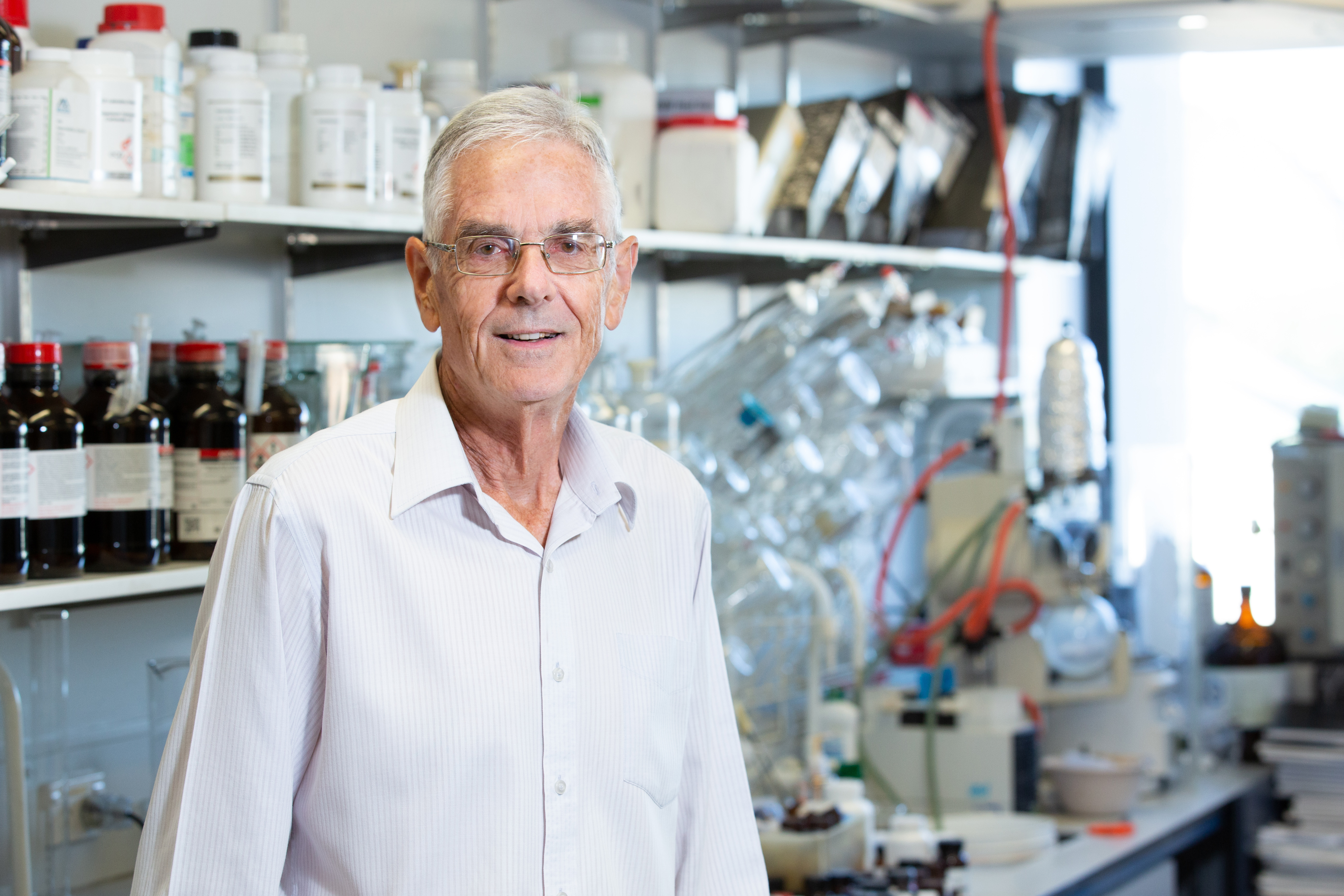 Professor Sir Bill Denny, a MWC founding Principal Investigator, was made a Knight Companion of the NZ Order of Merit in the 2021 Queen’s Birthday honours list for his contribution to medical research. The knighthood is one glorious accolade atop an extensive list of awards and distinctions marking an exceptional career in medicinal chemistry which spans over four decades.

Sir Bill is slow to take credit saying that world-changing success frequently occurs when many intelligent people put their minds to a common challenge. Still, the impact of his work is difficult to dismiss - his steady contribution to the NZ science community and the MWC is impressive.

Sir Bill’s engagement with MWC began in 2002 when he and others responded to the Government's appeal to form Centres of Research Excellence. He held the position of Principal Investigator from MWC's inception until June 2021. During this time, he managed MWC projects in both the cancer and infectious disease research themes, balanced directorships including the Auckland Cancer Society Research Centre, ESR and NZ Genomics, and served on the MWC Management Committee.

Collaboration is a common feature of MWC and Sir Bill’s career. Both have helped foster a more open science system and develop a regional centre into a thriving national entity with strong domestic and international collaborations. Sir Bill recalls one early collaboration with Pfizer. This relationship secured a funding stream that bolstered the original MWC CoRE and widen its contingent of scientists over the years. More recently, Sir Bill’s connections resulted in a serendipitous introduction to the Global Alliance for Tuberculosis and an entirely new focus on tuberculosis and leishmaniasis drug development.

His work has seen 17 new drugs brought to clinical trial providing more effective and less toxic treatments for hundreds of thousands of people. Even after setbacks, his intimate subject knowledge helped develop Canertinib, the world’s first irreversible kinase inhibitor. This became the international design template for its class of tumour-seeking cancer drugs. Despite his humble presence, Sir Bill concedes, “I was quite pleased with the role we played”.Sir Bill is also a co-founder of the NZ startup companies EPPTCO, Proacta Therapeutics, Pathway Therapeutics and Kea Therapeutics.

Sir Bill says MWC has been “a critical shaper of the way science is done in New Zealand”.He pays homage to the directors for “making that happen”. Now as Emeritus Principal Investigator, he reflects on a long, illustrious career. “Right from the beginning it’s been fun and interesting. Looking back, I just wonder how I managed to do it all.”