The Hall of Fame publicly recognises researchers for their contributions in the field of medicinal chemistry and drug discovery, excellence in teaching and outstanding service. 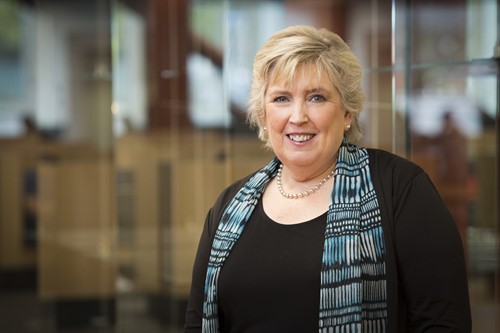 Professor Brimble, Principal Investigator and Incoming Deputy Director of the Maurice Wilkins Centre, joins Professor Bill Denny, Maurice Wilkins Centre Principal Investigator, also from the University of Auckland, as the only Kiwis to have received this honour. Margaret’s induction took place at a Division of Medicinal Chemistry (MEDI) meeting held in San Diego in August 2019.

“I am delighted to be recognised by my peers in this way and especially pleased to be honoured for my research in medicinal chemistry which has been my life’s work,” said Margaret.

Margaret's career has featured a rich array of outstanding scientific achievements, with the MEDI honour following several national and international awards and honours. These include being named a Dame Companion in New Zealand’s 2019 New Year’s Honours list, her election as a Fellow of the Royal Society of London, and winning the 2019 KiwiNet Supreme Award for commercialisation.

Professor Brimble’s research sits at the interface of chemistry and medicine and focuses on developing bioactive compounds that can be synthesised for development as potential treatments for a wide range of diseases including cancer and infectious disease.