The Maurice Wilkins Centre prioritises rheumatic fever research, and its work built momentum in 2012 with the appointment of a specialist researcher, funding of two research projects, and organisation of an international workshop to investigate vaccine strategies. 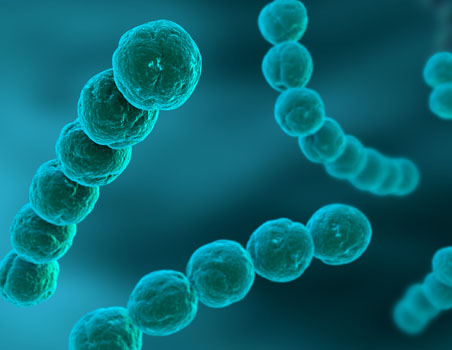 In late 2010, the Maurice Wilkins Centre convened a national symposium to identify the “superbugs” that pose the greatest threats to the country’s health, and define how the Centre’s expertise could be used to help neutralise those threats. At that meeting, medical specialists in infectious disease identified rheumatic fever as one of their top concerns.

Rheumatic fever, which can lead to life-threatening heart disease, is now rare in most wealthy countries but remains a major concern in New Zealand. Maori and Pasifika communities in particular have amongst the highest rates of rheumatic heart disease in the world. By learning more about the biology of the disease, and potential vaccine strategies, the Centre aims to complement ongoing public health programs aimed at reducing this dreadful disease burden.

“The Centre provides the composite skills to deliver a long-term strategy to tackle what remains a major health issue in New Zealand,” says Deputy Director Professor John Fraser, an expert in the biology of group A streptococcus, the bacterium responsible for the disease. “This is an excellent example of a national need being matched by national scientific strengths.”

In 2012, with the backing of the Centre, New Zealand molecular biologist Dr Nikki Moreland returned from Singapore to begin a new rheumatic fever study. The Centre drew together a new team of scientists with complementary expertise to support her application to the Heart Foundation for a fellowship to undertake the research.

Nikki is now working with Waikato clinicians to collect blood from children with rheumatic fever. She is studying the immune “fingerprint” of the disease, searching for antibodies involved in the autoimmune reaction that causes rheumatic fever following a streptococcal infection.

Nikki is also organising a meeting of the world’s foremost experts on group A streptococcal biology and disease, initiated and funded by the Maurice Wilkins Centre. A focus of the workshop, to be held in Auckland in early 2013, will be discussion of how to develop an effective vaccine strategy for the Australasian region.

In late 2012 the Centre funded two new studies, led by clinical microbiologist Dr Deborah Williamson and streptococcus researcher Associate Professor Thomas Proft, to determine the strains of group A streptococcus found in New Zealand – information that will be critical for future vaccine development.

The Centre is delighted that in early 2013 the Prime Ministers of New Zealand and Australia committed NZ$3 million over two years for a trans-Tasman project to identify vaccines that could be taken into clinical development, an announcement that aligns well with its upcoming workshop.