Margaret Brimble elected a Fellow of the Royal Society of London

Professor Dame Margaret Brimble, MWC Principal Investigator at the University of Auckland, added a wonderful achievement to her exceptional scientific career in 2018 – becoming the first New Zealand woman elected a Fellow of the Royal Society of London.

Professor Brimble, born and raised in Auckland, attended the University of Auckland and has carried out almost all her research in New Zealand. As a young woman she was encouraged to consider a career in medicine but the horror of being asked to dissect a rat in biology class steered her towards chemistry, a field she had always loved as an undergraduate.

Professor Brimble’s research in drug discovery in New Zealand is pioneering, developing a new drug called trofinetide for Rett Syndrome, Fragile X Syndrome and autism disorders. Trofinetide is now undergoing phase III human clinical trials, the last stage of development before a drug is released for use in patients. The drug is the fourth drug discovered in New Zealand to make it to this final stage of development. 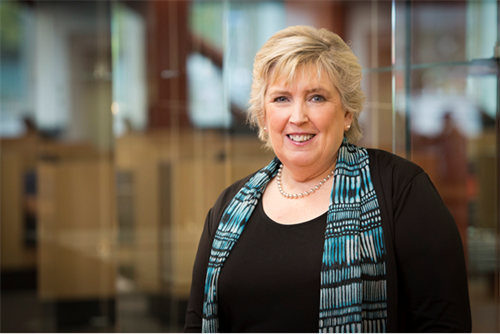 A second of her drug candidates NNZ-2591 also demonstrated positive effects in Phelan-McDermid syndrome pre-clinical model and is being progressed to the clinic. Importantly, the world’s leading drug regulatory body, the US Food and Drug Administration, recognising it as a novel breakthrough in the field of neurology, has granted trofinetide ‘orphan drug status’, meaning that it is being fast-tracked through the usual approval application channels.

Professor Brimble’s research group is also developing innovative chemical technology to generate cancer vaccines. This work is being translated for clinical use by the spin-out company SapVax LLC which is developing a pipeline of products for the treatment of different cancers.

Among her many awards over the years, Professor Brimble was a recipient of the 2012 RSNZ Rutherford Medal (New Zealand’s top science prize) and was named the 2007 L’Oreal-UNESCO Women in Science laureate in materials science for Asia PacificProfessor Brimble is a passionate advocate for women in science and regularly speaks to groups of young women to encourage them to consider science as a career.To cap another brilliant year, Professor Brimble was honoured as a Dame Companion of the New Zealand Order of Merit for services to science on New Year’s Day 2019.