In a structural biology first, University of Auckland investigators Ehab Jirgis, Drs Ghader Bashiri, Esther Bulloch and Jodie Johnston, and Distinguished Professor Edward Baker have determined the crystal structures of the MenD enzyme during each stage of its catalytic cycle.

The enzyme is an important TB drug target and essential to the biosynthesis of menaquinone in Mycobacterium tuberculosis.

The research was published in the July 6 edition of the Cell Press journal Structure, along with a coveted cover figure.

The work detailed in the paper was funded by Professor Baker’s Health Research Council (HRC) and Ministry of Business Innovation and Employment (MBIE) grants and is being continued within the TB Flagship program of the Maurice Wilkins Centre. 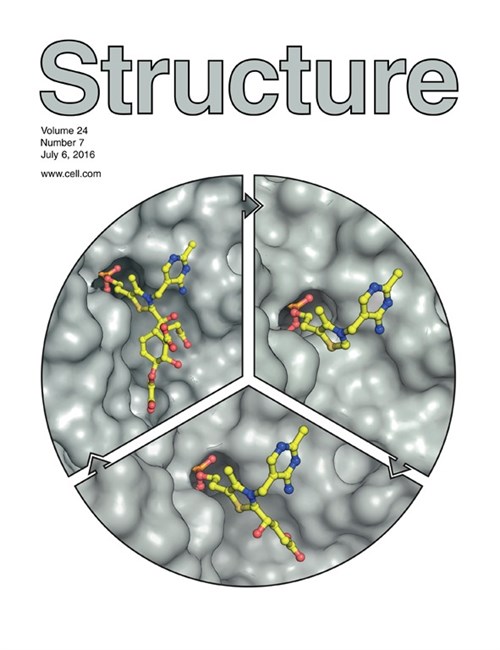