Several researchers from the Maurice Wilkins Centre are co-authors on a recent paper reporting a novel mechanism for controlling the synthesis of essential vitamin K2 in the bacterial pathogen that causes tuberculosis. 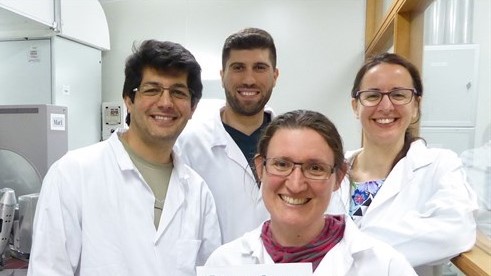 The team found that MenD, an enzyme active early on in the vitamin K2 synthesis process, is controlled by a metabolite produced at a later step, just prior to the vitamin K2 molecule being completed. This discovery is important because too much or too little vitamin K2 is toxic to the tuberculosis (TB) bacterium and this feedback inhibition allows the pathogen to slow down or speed up production of the vitamin.

“As far as we know, this is the first time that allosteric regulation has been reported for the menaquinone (vitamin K2) biosynthesis pathway in any domain of life,” said lead author Dr Jodie Johnston, MWC Associate Investigator at the University of Canterbury.

“The ability to control vitamin K2 levels is likely to help the pathogen to adapt to the changing, sometimes hostile, environment in the human host during infection. Since humans do not produce vitamin K2, the enzymes that work together to produce it in bacteria may represent targets for new antimicrobials. The discovery of this regulation site, that appears to be present in a subset of microbes, provides a way to selectively target certain pathogens.”

Following the publication of their study in the Journal of Biological Chemistry, it was selected as an Editor’s Pick (see cover image below). 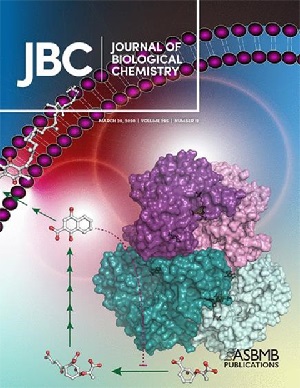 Jodie paid tribute to her co-authors and outlined the team’s future research plans.

“Our team includes three midcareer researchers with young families, all affiliated with the Maurice Wilkins Centre for Molecular Biodiscovery,” she said. “I am grateful to have been able to work with colleagues Ghader Bashiri and Esther Bulloch from the University of Auckland, both of whom share my passion on continuing to unravel mysteries of microbial pathogens.”

With support from the Canterbury Medical Research Foundation and the Maurice Wilkins Centre, Jodie’s laboratory at the University of Canterbury has now expanded its activities.

“We aim to tackle not only M. tuberculosis but other pathogens,” revealed Jodie. “This includes the opportunistic pathogen Staphylococcus aureus, which causes a range of infections from including skin infections like abscesses and wound infections, respiratory infections, food poisoning. and systemic infections like sepsis and toxic shock syndrome.”