About Us // Our People // Principal Investigators // 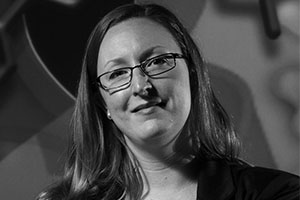 Professor Hay is a leader of the 'Therapeutics for metabolic disease' flagship research programme, and is a Professor of Biochemistry and Pharmacology at University of Auckland. Her lab is interested in class B (peptide) G protein-coupled receptors, and how these can be exploited as drug targets in metabolic disease, migraine, pain and cancer.

Professor Hay obtained her BSc in pharmacology from Sheffield University, followed by her PhD from Imperial College London. She has held a James Cook Research Fellowship (Royal Society of New Zealand) and is a Fellow of the British Pharmacological Society. Professor Hay is currently an Editor of the British Journal of Pharmacology, an NC-IUPHAR corresponding member, and is Chair of the NC-IUPHAR subcommittee on calcitonin family receptors. She has won awards for research, teaching and service to her discipline. These include the Novartis Prize for published work from the British Pharmacological Society (2013) and the British Journal of Pharmacology Editor Performance Award (2016).