The MWC has formed collaborations to establish productive research programmes that aim to improve outcomes for Pacific peoples nationally and regionally.

In 2019, two leading Scientific Research Organisation of Samoa (SROS) scientists, Dr Fiame Leo and Mr Viliamu Ah Sam, visited our laboratories in New Zealand over a two-week period as part of a mission to identify potential avenues of biomedical research that could be established back in Samoa.

The visit was a follow-up to an earlier visit by the SROS leadership team. It also followed the signing, in July 2019, of a Memorandum of Cooperation between the SROS and MWC to set up a joint research centre in Apia, Samoa, to house chemistry and cell culture facilities that may be used to identify potential native Samoan biota as sources of valuable bioactive nature products. 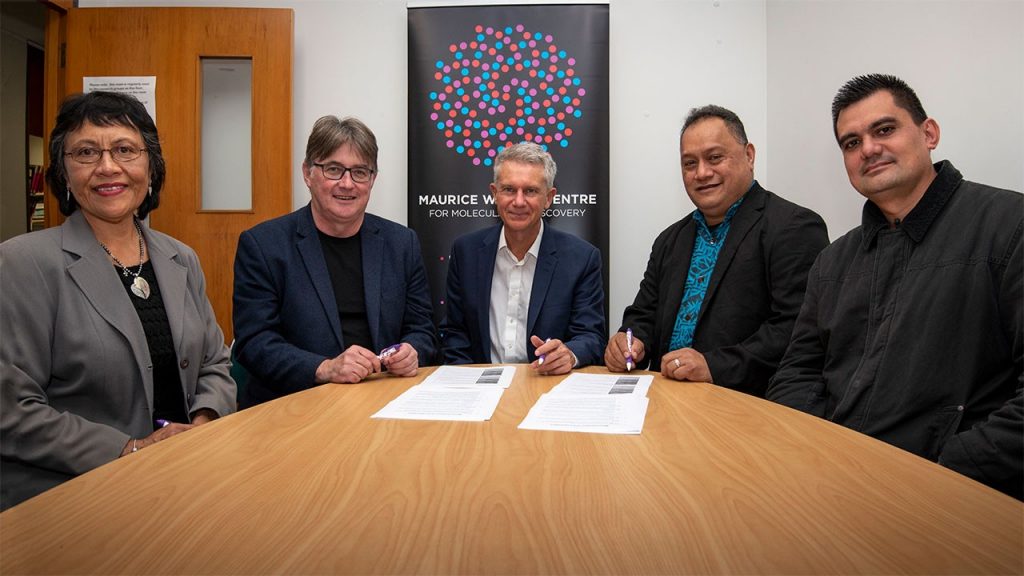 MWC Deputy Director Professor Peter Shepherd, who initiated the collaborative relationship between the MWC and the SROS, hosted Fiame and Viliamu while they were in Auckland at the University of Auckland’s Faculty of Medicine and Health Sciences.

“The MWC is engaging closely with Māori and Pacific communities in New Zealand, so building research links with Samoa is an important new addition to this strategy,” said Peter.

“It was great to host Fiame and Viliamu,” said Rob. “The visit was very productive in terms of practical discussions around research directions and collaborations for SROS with both MWC and the Centre for Biodiscovery.”

The MWC entered into a similarly important collaboration with New Zealand-based Pacific Health Plus a few months earlier, to develop research programmes to investigate health issues of particular relevance to the Pacific community.

An MoC was signed at a special event held in April 2019 by John Fiso (Pacific Health Plus), Professor Peter Shepherd, Dr Ofa Dewes and Professor Emily Parker (for MWC).

The collaboration was welcomed by Mr John Fiso, Chairman of Pacific Health Plus: “No-one can deny that the health outcomes of Pacific people in New Zealand are far worse than any other demographic group… Working with the experts at the Maurice Wilkins Centre is an extraordinary opportunity and provides a pathway to changing this.

“Other than South Auckland, Porirua has the highest concentration of Pacific people in New Zealand and it makes absolute sense that we should partner to improve health outcomes for these communities,” Mr Fiso added. “Health and social statistics for Pacific people in New Zealand are totally unacceptable and it is clear that this group of New Zealanders has been overlooked for too long. Better investments and effective partnerships, such as this one, can change this.” 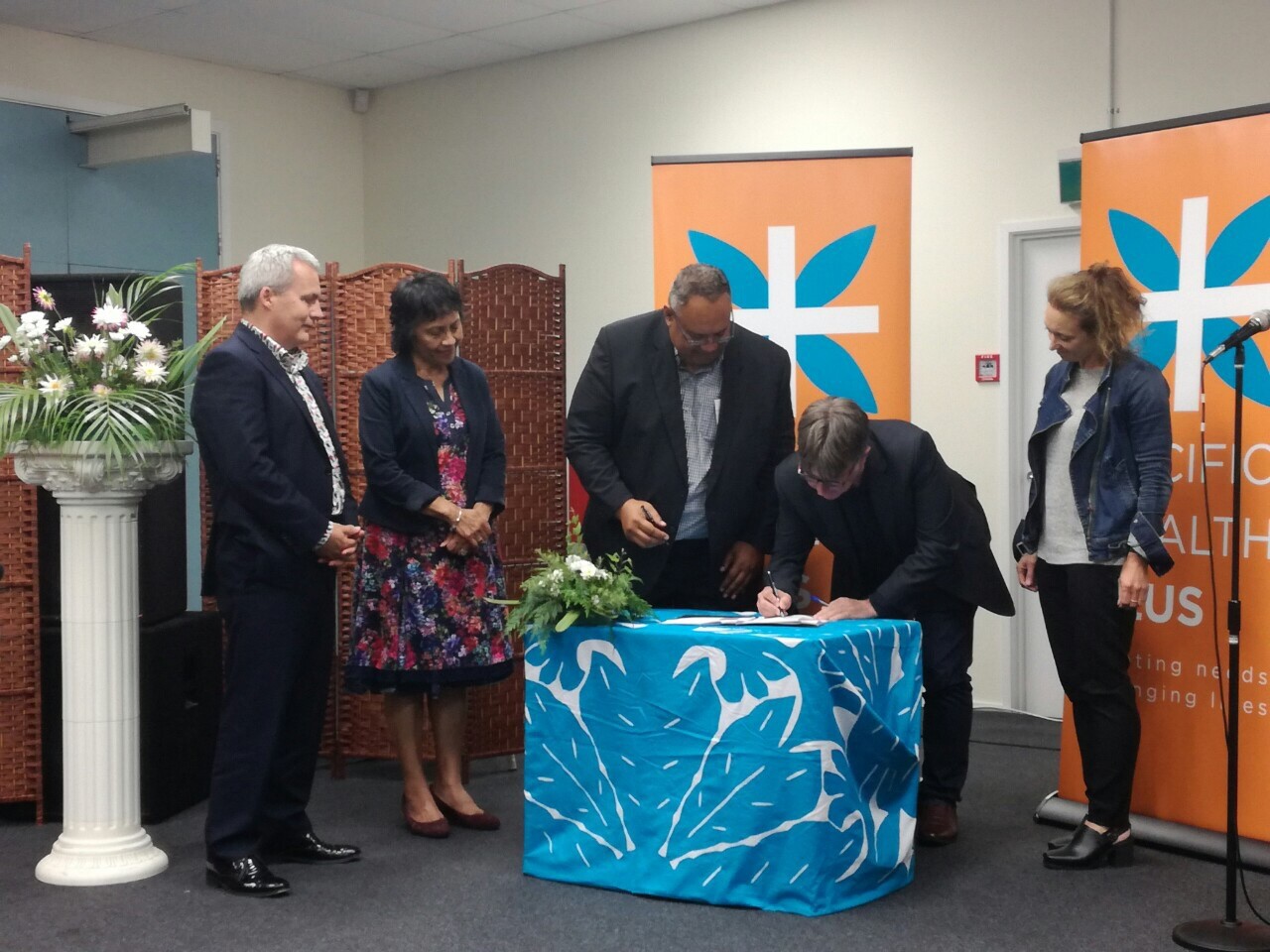