About Us // Our People // Principal Investigators (management) // 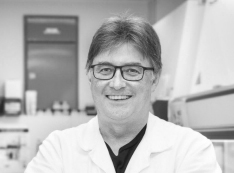