Stepping up the fight: The Tuberculosis Flagship (2013)

The Maurice Wilkins Centre is behind the launch of a national research network of ‘serious intellectual muscle’ that aims to speed up action against tuberculosis. 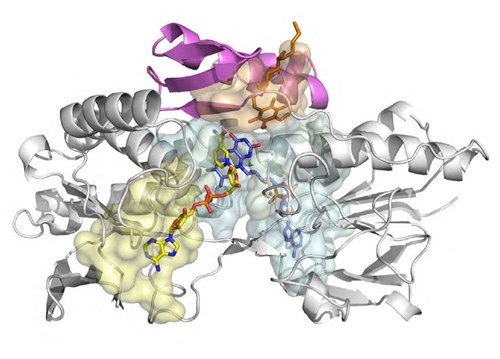 Tuberculosis kills more than 1 million people, and 10 million new cases are diagnosed every year; the disease is becoming increasingly resistant to drugs. In New Zealand, TB incidence is low, but has risen by 10% since 2007, with most new cases coming in from overseas.

In a bid to leverage the best scientific minds in the TB-eradication business, MWC has supported the creation of the Tuberculosis Flagship, a national network of TB researchers.

Greg says the impetus to set up the TB Flagship came from the realisation that researchers working in isolation on different drug targets would struggle to deliver the funding, research and resource efficiencies to speed up action against Mycobacterium tuberculosis, which causes human TB.

So in early 2013, the MWC funded a meeting of 20 of New Zealand’s top TB researchers, at which Greg and Shaun put the case for doing things differently. The response was overwhelmingly positive, and the decision was made to focus on a small number of promising new drug targets for TB. One of them, type II NADH dehydrogenase (NDH-2) a membrane protein involved in energy generation, is a member of a new class of targets that has shown the greatest promise in reducing the treatment of TB from nine months to a game-changing eight weeks.

The first drug developed against energy generation of Mycobacterium tuberculosis was Bedaquiline; when licensed in 2012, it was the first novel anti-tuberculosis drug given the green light in 40 years. Working together, two of the groups in the TB Flagship have revealed the high-resolution structure of NDH-2, establishing a framework for the structure-based design of small-molecule inhibitors against this essential TB enzyme. The TB Flagship will provide the expertise to find inhibitors against NDH-2, and is in a good position to claim international funding to advance these inhibitors into the pre-clinical pipeline.

Greg says the TB Flagship recognises the threat posed by multidrug-resistant (MDR) TB cases and extensively drug-resistant (XDR)-TB; 84 countries have reported the latter, including New Zealand. The TB Flagship is also part of the international research effort to develop new molecular diagnostics, and this includes training researchers from under-resourced countries. This year, a doctoral student from Myanmar is spending 10 weeks in Greg’s lab to learn about molecular techniques to study drug-resistant TB.

Feature image: Representation of the 3D structure of the type II NADH dehydrogenase (NDH-2) from Caldalkalibacillus thermarum as featured on the front cover of Molecular Microbiology. The NDH-2 protomer (in grey ribbon) viewed from the side displaying the binding regions of FAD, (putative) aqueous NADH (yellow) and lipophilic quinone (orange). The membrane-anchoring region is highlighted in magenta. For further details see Heikal et al. (2014), Molecular Microbiology, 91: 950–964.