A new drug targeting an important group of cancer cells attracted international funding in 2011 and will soon enter clinical trials. 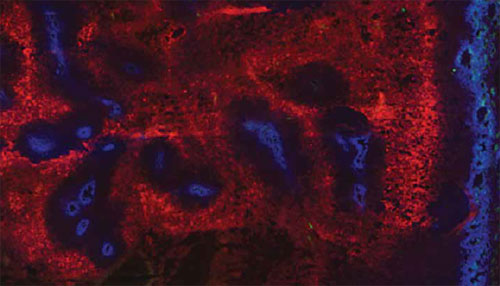 Tumours often have a haphazard blood supply and, as a result, zones that receive less oxygen than normal. “Hypoxia occurs in most types of solid tumours, but not necessarily in every patient with a particular tumour type,” says Michael. “Hypoxic cells in solid tumours are generally resistant to standard cancer therapies and currently there is no effective treatment for these cells.”

To cope with hypoxia, the cells also undergo genetic changes that make them more aggressive, more invasive, and consequently more able to spread around the body. So once other cells have been eliminated by chemotherapy or radiation therapy, they may go on to re-establish the tumour – which may now grow even more vigorously.

The new drug, named SN30000, kills cancer cells by damaging their DNA. It is a “prodrug” designed to be given to patients in inactive form and “switch on” only when it encounters hypoxia. It is intended to be given with chemotherapy or radiation therapy, eliminating hypoxic cells that would otherwise survive those treatments. It differs from other hypoxia-targeted prodrugs under clinical evaluation in its superior ability to penetrate hypoxic tissue and efficient activation even under relatively mild hypoxia in tumours.

ACSRC scientists have pioneered the use of hypoxia as a means of selectively targeting tumours and eliminating hard-to-treat cells. SN30000 is one of the results of a broad research programme over ten years that began with a National Cancer Institute grant to support a collaboration between scientists at Stanford University and the ACSRC.

“This work has been underpinned by sustained investment in cancer research by a number of government and charitable funding agencies. It’s been a privilege for the Maurice Wilkins Centre to help fund the latter stages of this research to the point where it can potentially help patients,” says Maurice Wilkins Centre Director Professor Rod Dunbar.