Professor Garth Cooper (DPhil (Oxon), MB, ChB, FRCPA, FRSNZ) from The University of Auckland and University of Manchester, and a Maurice Wilkins Centre principal investigator, has been elected a Fellow of the Academy of Medical Sciences in the United Kingdom. 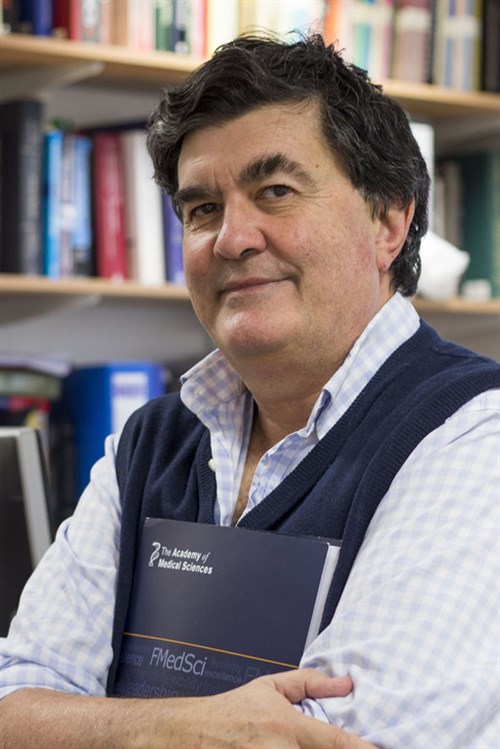 Professor Cooper’s research has led to major advances in the understanding of disease mechanisms in diabetes and related syndromes and to the discovery of several new experimental therapies for these conditions. Amongst these, he discovered the hormone amylin and developed amylin-replacement therapy for diabetes, which led to his founding Amylin (UK) Ltd and United States biopharmaceutical company, Amylin Pharmaceuticals.

Professor Cooper is professor of Biochemistry and Clinical Biochemistry at the School of Biological Sciences and the Department of Medicine at the University of Auckland. He is one of eight principal investigators at the Maurice Wilkins Centre for Molecular Biodiscovery, New Zealand’s Centre of Research Excellence targeting human disease.

For the past three years, he has also held the appointment of Visiting Professor in Experimental Therapeutics in the Department of Pharmacology at the University of Oxford.

The Academy of Medical Sciences, founded in 1998, is the independent body in the United Kingdom representing the diversity of medical science. Professor Cooper was amongst 44 new Fellows elected in April 2013, bringing the membership of the Academy to 1,095. A formal ceremony for the admission of new Fellows will be held in London on Wednesday 26 June.