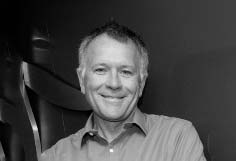 Professor James currently holds the Leonard P Ullmann Chair in Molecular Systems Biology and he is the Domain Leader for Biology at the Charles Perkins Centre, University of Sydney. Professor James has made major contributions to our understanding of insulin action. In the late 1980s he published a series of journal articles in Nature describing the identification and characterization of the insulin responsive glucose transporter GLUT4.

Professor James then focused his efforts on unveiling the cellular and molecular control of insulin-stimulated glucose transport. He has also made contributions in the area of SNARE proteins, signal transduction and more recently in systems biology. He has won several awards including the Glaxo Wellcome Medal for Medical Research and the Kellion medal for outstanding contributions to Diabetes research. In 2007 he was elected as a fellow of the Australian Academy of Science and was awarded the NSW Premier Prize in Excellence in Medical Biological Sciences in 2016. He is on the editorial board of a number of prestigious journals and he is regularly invited to speak at key international meetings on diabetes and metabolism.